Reviews by Lolly K Dandeneau, Art by @KMaeby on Instagram 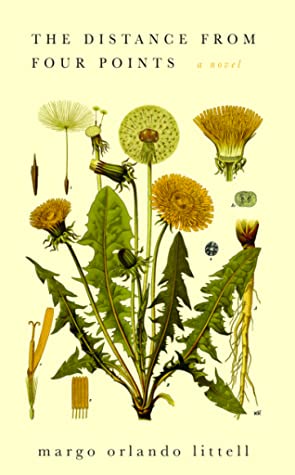 She owned a piece of that place, a burden she had to carry again, twenty years after her escape.

The past can’t be slipped out of that easily,  Robin Besher learns this immediately after her husband Ray’s death. Having spent all their money on run down ‘slum’ rentals in the Appalachian town of Four Points, Robin has no choice but to return to the hometown she escaped and all the horrible memories of her seedy past. Worse, her thirteen year old daughter Haley will be ‘dragged away from everything she has ever known’ and Robin is helpless in doing anything to change that. Leaving behind a four-bedroom red brick Georgian colonial in the beautiful affluent Mount Rynda for the shock of what awaits them in their new home “a disgusting place” on Dandelion Drive, Robin is desperate to earn enough to breeze out of town… but how? She hadn’t realized just what Ray got them into.

Robin’s husband Ray never knew about the life she lived before him and that was just how she wanted it. No one shucks off the grime of their past by clinging to it, stewing in memories. Robin knew all to well how to be the kind of woman a man wanted; learned at the hungry hands of boys lined up waiting to be ‘serviced’. Her mentor, a tough girl named Cindy, who always smelled of cigarettes and hairspray, who wasn’t as pretty as her but induced fear in the boys who sought her out taught her well. With Cindy’s lead, she learned to hustle, the only choice she had in keeping herself from drowning, her only means of survival was giving boys and men what they came for. But there was more horror than prostitution, there was fooling herself into believing a certain man cared, and nothing is more dangerous than hope. Hope can be like an infection and lead a foolish girl into tragedy.

Everything she abandoned is waiting for her back at Four Points, there is no way she can make enough money to save the sinking ship she and her daughter Haley are trapped on. The rentals are falling apart, it shocks her that anyone would willingly live in such broken down, rock bottom places. Her tenants can’t afford their rent, their isn’t enough money to stretch on repairs, and squatters are a destructive force only adding to her woes. Then there is Tom, who advises her, helps with repairs here and there, and tells her things she doesn’t want to hear. She doesn’t want to be the type of person that blindly ignores living conditions, making money on the downtrodden but reality is grim. Things just keep getting worse.

Then there is Cindy, the past didn’t vanish when Robin was ‘plucked out of Four Points’ by Ray for a better, richer life. While she became a classier woman, one who knows how to move in social circles, how to treat herself with finer things and present herself with grace, Cindy was stuck in their hometown with only herself to create a life worth living. Cindy won’t let her forget who she was anymore than the locals, the men, one in particular who can make her blood freeze with the horrible tragedy she buried. Cindy doesn’t believe glossing up the truth changes it.

Robin’s daughter gets caught up in the life of a teenage mother whose own situation is too close to her own past. Good intentions sometimes bring more trouble than we bargain for, and she may no longer be able to protect her daughter’s delicate sensibilities. Cindy is as strong as ever, knows herself, and Robin may learn she isn’t as different as she thinks she is. The more you try to set yourself apart from others, the more life will remind you who you are. Did she ever truly escape Four Points?

This novel is full of characters who have no choice but to fight. Poverty begets poverty, and while someone may not be so lucky as to be ‘plucked out’ of their rotten circumstances, sometimes they can chose to stop being a victim of them. If you ever wondered how there can be such a disparity between the haves and the have nots, this novel is a window into the obstacles those without opportunity face. What makes you a good person? Is there ever a chance for redemption? Can someone decide to consciously forget those who used them, particularly branded as a certain type of girl, and go on making a life for themselves in the same small town? I think it was brilliant the author kept Cindy in the story-line. She is an example that the past doesn’t stand still nor does it vanish entirely. Shame, redemption, none of it is clean. The years can do a number even on those who don’t seem to deserve forgiveness. The cruelest judge is often ourselves.